Owlpen Church of the Holy Cross

OWLPEN CHURCH OF THE HOLY CROSS

THE CHURCH OF THE HOLY CROSS stands just above the manor house, as if presiding over it. Among a cluster of Cotswold stone buildings which otherwise entirely antedates the Industrial Revolution, the widely-cherished Victorian church has mellowed as an unassuming adjunct. It is entered from the manor garden by the lych gate (of 1892) with a Saxon superscription, "This is the field and acre of our God". It seems to echo a challenge to the landscape around.

Owlpen Church has medieval origins like the rest of the group of buildings round the manor. It is likely that on this site the Saxon Olla would have set up a church-yard cross (one is recorded in the eighteenth century) in his 'pen'. Yet little enough remains above the foundation courses of the medieval chapel as it was before the eighteenth century. Contemporary accounts of the simple cottagy building, "of little architectural character", which it has usurped and all but obliterated, disparage its mean and humble appearance. T.D. Fosbrooke was describing it by 1807 as "a very rude church consists of a chancel and Nave, with a small low spire at the West end."

Such was the chapel-of-ease to the manor house and estate, adequate to serve the lord and his family, servants and tenants, together with the two freeholders and "thirteen weavers of Owlpen". The old chapel had been annexed to the parish of Bagpath, some three miles away (now with a redundant church), where most of the Owlpen lands lay, so that the Owlpen benefice was a dependent chapelry of the Bagpath rectory.

It had been used by the de Olepennes and Daunts almost as their private possession, with their privilege to worship in the chancel, much to the disgust of the rectors of Bagpath. In 1626, the Bishop of Gloucester was invoked to reconcile a quarrel between the then rector and Thomas Daunt of Owlpen and enjoined them "to be and continue Lovers and kinde Friendes". In 1650, the visiting Archdeacon, describing Parson Venn as "a painful Minister", recommended that Owlpen be united with Uley. This happened only in 1842, since when the united benefice has always been referred to locally as "Uley cum Owlpen". In 2005 the benefice was united also with Nympsfield.

In 1736, Thomas Daunt IV restored Owlpen Chapel, including major works at the west end, at a cost of £35 12s. 9d. His son, Kingscote, later officiated as curate of Owlpen (and Wickwar) from 1748 to 1753. Kingscote's mother, born a Millington Synge and related to half the Irish clergy, entreated her kinsmen, the bishops of Kilaloe and Elphin, to find him a better living in Ireland "that his Subsistence might be more competent and his Situation more agreeable". This was in vain for, although a "sober and well inclin'd young Man", he had persistent ill health and an impediment in his speech, and died young.

By the turn of the nineteenth century, at the height of the prosperity of the Stroudwater weaving industry, the old chapel, with its auditory or preaching-church plan, had become "wonderfully small", according to Parson Cornwall, for a population of "nearly 400". It was "in a sad state of decay and neglect", and its internal arrangements out of sympathy with the changing ideals of the liturgy: "the Songsters (as the singers called themselves) sat within the Communion Rails, making use of the table for their hats, instruments and books."

So Owlpen Church was rebuilt and enlarged in 1828/9 under the architect Samuel Manning. The present wide, aisleless nave, with its coved plaster ceiling, is all that survives of this radical early Victorian reconstruction. The handsome fret ceiling of moulded timber is panelled with reticulated ribs and foliated bosses of 1831.

Fundamentally the old chapel, "of little architectural character", survived. It had a prominent double-decker pulpit and reading desk, west gallery, high box pews "facing away from the east", the squire's pew "like a little room" to the south and the vestry projecting from the east wall with a commandment board forming the door to the nave, so that the priest could only enter by "breaking the whole of the Commandments".

In 1874 the chapel was restored in the full spirit of eclectic high-church Victorianism by J.P. St Aubyn (1815-95) (who worked for his cousins at St Michael's Mount in Cornwall). The nave was refaced outside, repewed and given its present arrangement of windows, with the best Early English and Decorated styles authentically juxtaposed, the buttressed apsidal chancel was added with its open timber roof, and the moulded chancel arch formed (with rather weak responds). After the full restoration had been completed at a cost of "about £1,000", and the chapel had been elevated to a church through the munificence of the patronage of the lords or the manor, the Stoughtons (they paid £600 of the cost), the building was reconsecrated with due ceremony by the lord Bishop of Gloucester and Bristol on February 19 1875.

West window showing the presentation of Christ in the Temple, by Powells, 1913

Inside, it is the chancel which catches the eye. An inscription records that it was "beautified" in 1886. The mosaics (1887) in opus sectile were designed by Charles Hardgrave and executed by Italian craftsmen working for James Powell & Sons of the Whitefriars Glass Works, like those in St Paul's Cathedral, London. There are figures of the Evangelists, the Virgin and St Helena (alluding to the dedication to the Holy Cross), with lettering. The east wall has an alabaster reredos and aumbry, with symbols of the Eucharist and angels. The ceiling is richly painted with star-patterns and sun-bursts on a blue ground, and the sanctuary floor has good encaustic tiles by Godwin of Lugwardine (for whom St Aubyn designed). The organ of 1890, also decorated, is by Jardine.

Finally, the tower at the west end, with diagonal buttresses and embattled parapet, was added in 1912 by Wadling, St Aubyn's partner and successor, to replace a tiny bell-cote, and the old bell was recast and rehung. Inside, it forms the baptistery. The west windows of the Presentation (behind the font) are some of the best in the church, by Powells. In 1913, the baptistery itself was enriched with outstanding mosaics and opus sectile by Powells at a cost of £400. There are triumphal angels, standard rose trees (alluding to the patron, Rose Trent-Stoughton) and giant lilies under a golden quadripartite vault: even the stone splays of the windows are inlaid with mother-of-pearl, suggesting Art Nouveau. The Norman font was rescued from use as a cattle-trough, all that effectively survives from the medieval church, and installed on a new base.

Outside, the half-timbered south porch was added in 1897 to commemorate the Diamond Jubilee.

The plate includes a chalice and paten of the seventeenth century. The parish registers begin in 1686. A note in one tersely records: "Nov. 14th 1784 Richard Tansey of this parish was excommunicated. John Gregory Curate."

The eight Daunt brasses, dating from 1542, had been removed by St Aubyn from the old chapel to their present position on the north wall of the nave. Together with the later tablets, including a classical monument by King of Bath to Thomas Daunt IV (died 1748), they commemorate the Daunt and Stoughton families. With the de Olepennes before them, by lineal descent they held the Manor and lordship for possibly a thousand years, until 1924.

Owlpen Church is a shrine to their dynastic pride. Richly textured, according to David Verey, it is today "the most elaborate Victorian-Edwardian interior in the Cotswolds".

Services are held regularly, usually on alternate Sundays, throughout the year.

The chancel adorned with mosaics by Powells in 1884-5 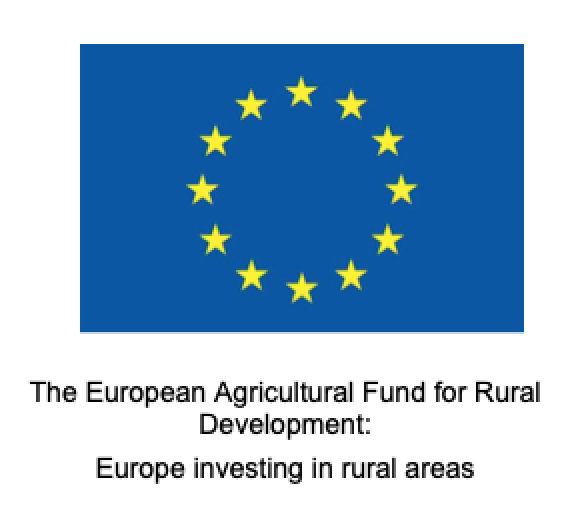 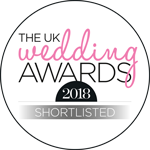